Introducing… Paul Newman. To celebrate our fourth birthday we’re putting on an exhibition that brings together a selection of professional artists we’ve worked with since we entered the Frome art scene in 2015. One such is artist Paul Newman. 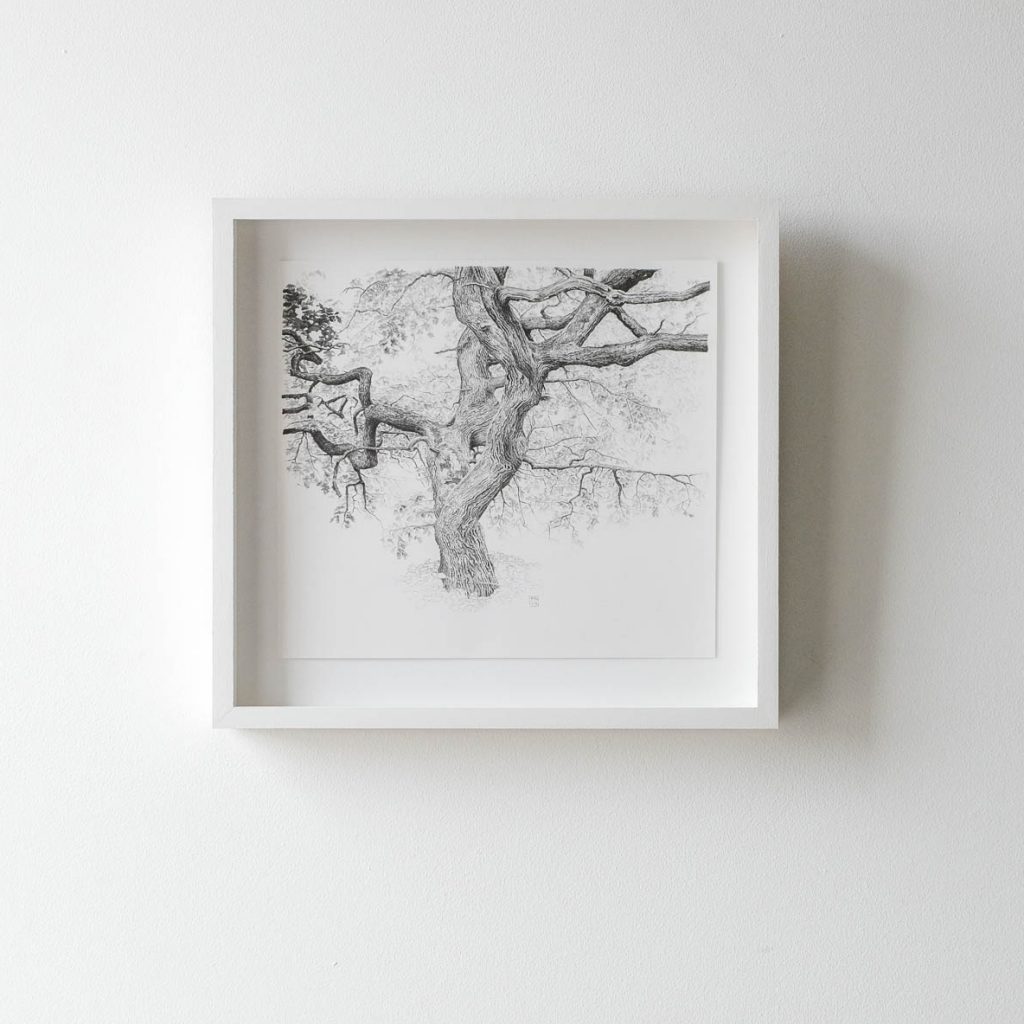 Artist Paul Newman works in graphite. His practice incorporates walking, close observation and research. Paul is known for his highly detailed renditions of natural forms and landscapes, as well as depictions of churches and ruined buildings. He’s a member of The Arborealists, and a curator. Place is an important aspect of Paul’s work. The Transformed Land was a touring exhibition that Paul curated, featuring a selection of artists interested in Place. Paul has exhibited at Messums Wiltshire, the Royal West of England Academy and with the Society of Graphic Fine Art in London as well as numerous Open exhibitions in South West England including the Evolver Prize, Bath Society of Artists Annual Opens and RWA Drawn.

Outside of his art practice, Paul writes about walking and is a contributor to Sherborne Times, and Bridport Times.

Paul is an important figure in Mount’s formation. Before we set up in Frome we had a gallery and framing workshop in Gillingham, Dorset. The first exhibition we organised was called Biophilia, and Paul submitted a drawing for it. We enjoyed working with Paul so much that we invited him back for another show that featured Paul’s drawings, alongside framed poems by Frome-based poet Jill Harris. Gillingham hasn’t got much of an art scene and we found most of our gallery visitors were coming from Frome, sent to us by Paul. Then we visited Paul in Frome and just so happened to co-incide with the Sunday market. The last time we’d been to Frome was in the 90s and it hadn’t left us with a good impression. Balled over by the buzz of 21st Century Frome, we decided to move and be closer to our core clients.

Typically Paul moved out of Frome within a year or two! But he remains an integral part of our history and we continue to work with him to this day. 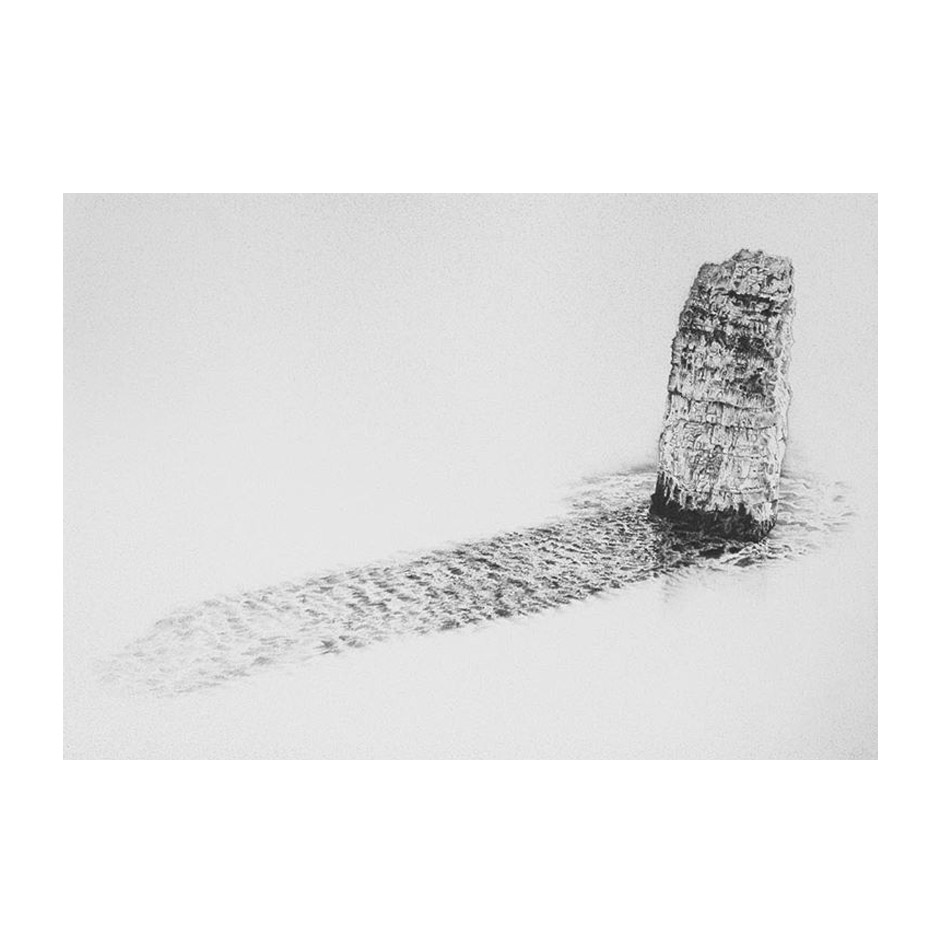 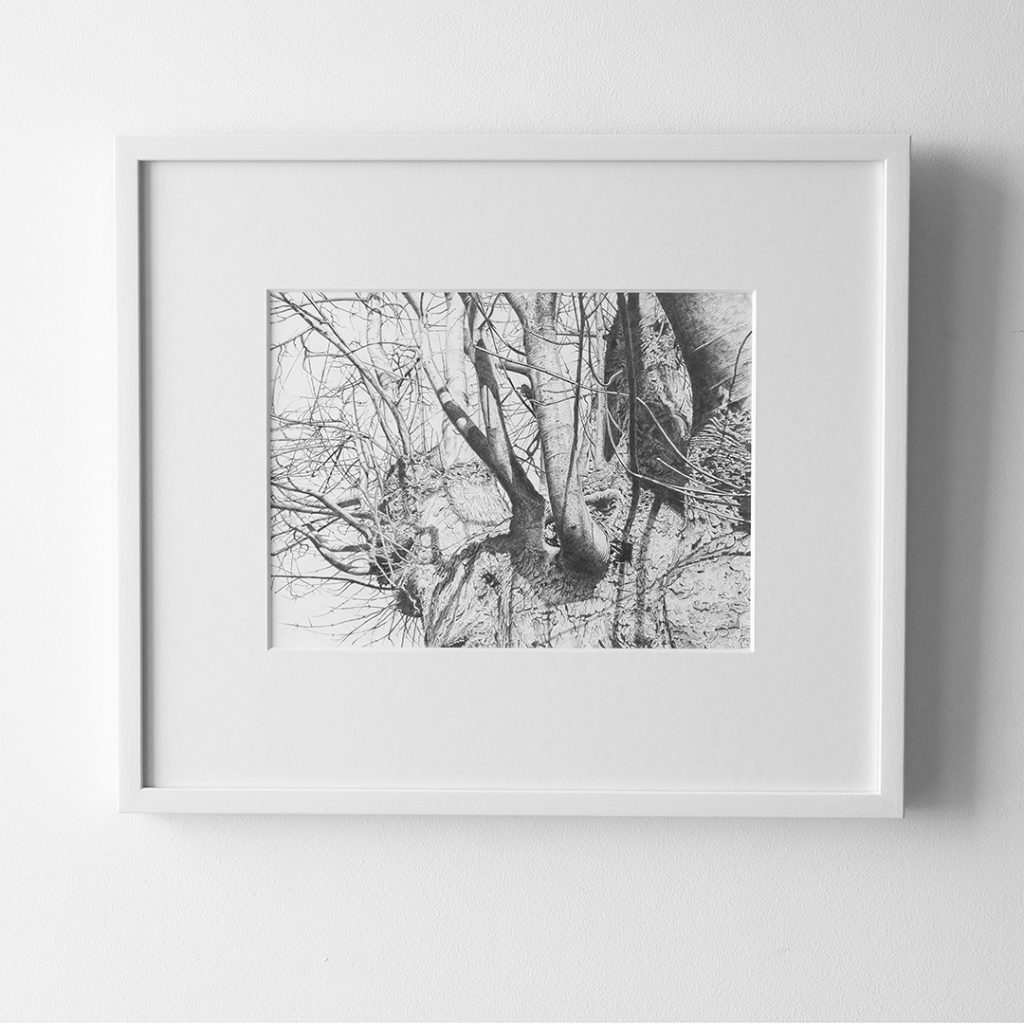 Paul lives in the middle of nowhere – not far from Sherborne, Dorset. Visit his website https://paulnewmanartist.com/