Introducing… Lucinda Rogers. To celebrate our fourth birthday we’re putting on an exhibition that brings together a selection of professional artists we’ve worked with since we entered the Frome art scene in 2015. One such is artist Lucinda Rogers. 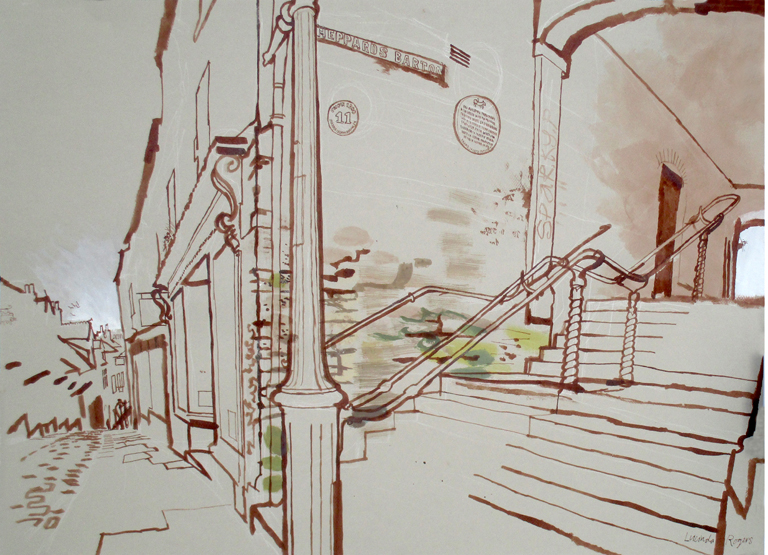 Lucinda Rogers works from life in the tradition of the artist as reporter. She immerses herself in an environment and records straight from eye to paper, which gives her drawings a particular spontaneity. Her work records the intimate details and broad views of the changing city she lives in, London, and others she is drawn to including New York and Marrakech. Alongside her own work she has had a prolific illustration career working regularly for the mainstream press and countless other publications and companies, often being sent out to draw on location as a reportage illustrator.

Her work is in National collections, including the British Museum, the Museum of London, the V&A, and Somerset House Trust. She’s been exhibited widely as well as being published in various journals, newspapers and magazines, including The Telegraph and The Times.

In 2016 she had a residency in Frome for which she produced a body of work responding to the industrial places of Frome. This was exhibited at Rook Lane chapel. The show was framed by Simon at Mount Art Services. 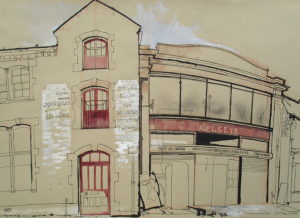 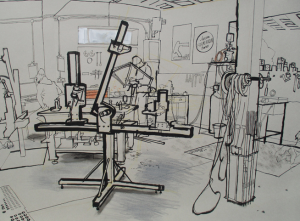 Lucinda lives and works in London. Visit her website. http://www.lucindarogers.co.uk/index.php