Introducing… Kit Glaisyer. To celebrate our fourth birthday we’re putting on an exhibition that brings together a selection of professional artists we’ve worked with since we entered the Frome art scene in 2015. One such artist is Kit Glaisyer.

Kit Glaisyer’s is best known for his mesmerizing West Dorset landscape paintings. Kit spent his childhood in rural North Dorset: an ancient landscape of rolling hills, deep valleys, dark woods and rugged farmland. Without a television in the house, he explored the local countryside, and from an early age went out landscape painting alongside his father. His landscape work brings a contemporary twist to the traditional genre of the romantic landscape. Most of his paintings take at least six months to create. He uses oil on linen, built up using multiple glazes to capture the subtle and sublime character of his subject. Aside from his landscapes, Kit produces watercolour figure studies of nudes, primarily in pink. We are showing three of these studies in To The Fore. They were in Kit’s studio in Bridport when a devastating fire destroyed the building. Luckily these pieces survived, albeit with water damage. “The dripping water left a wash of colour & bands of tone across many pieces. Some almost feel designed,” says Kit. We’ve used one of these pieces as our main promotional image for this exhibition. 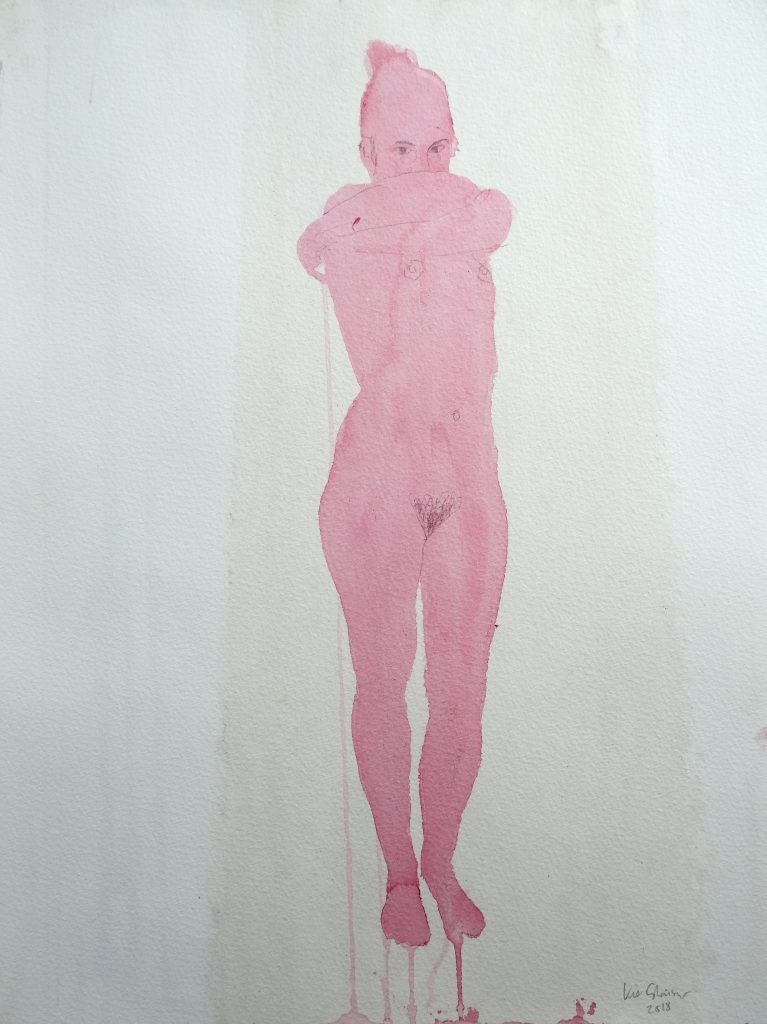 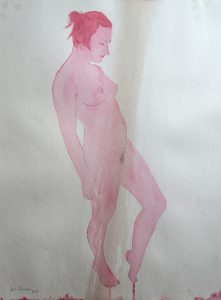 Kit’s studio in Bridport sadly burned down in the St Michaels studio fire. Since then he has set up a new studio at his Bridport home. Visit his website http://kitglaisyer.squarespace.com/