Introducing… Gary Cook. To celebrate our fourth birthday we’re putting on an exhibition that brings together a selection of professional artists we’ve worked with since we entered the Frome art scene in 2015. One such artist is Gary Cook. 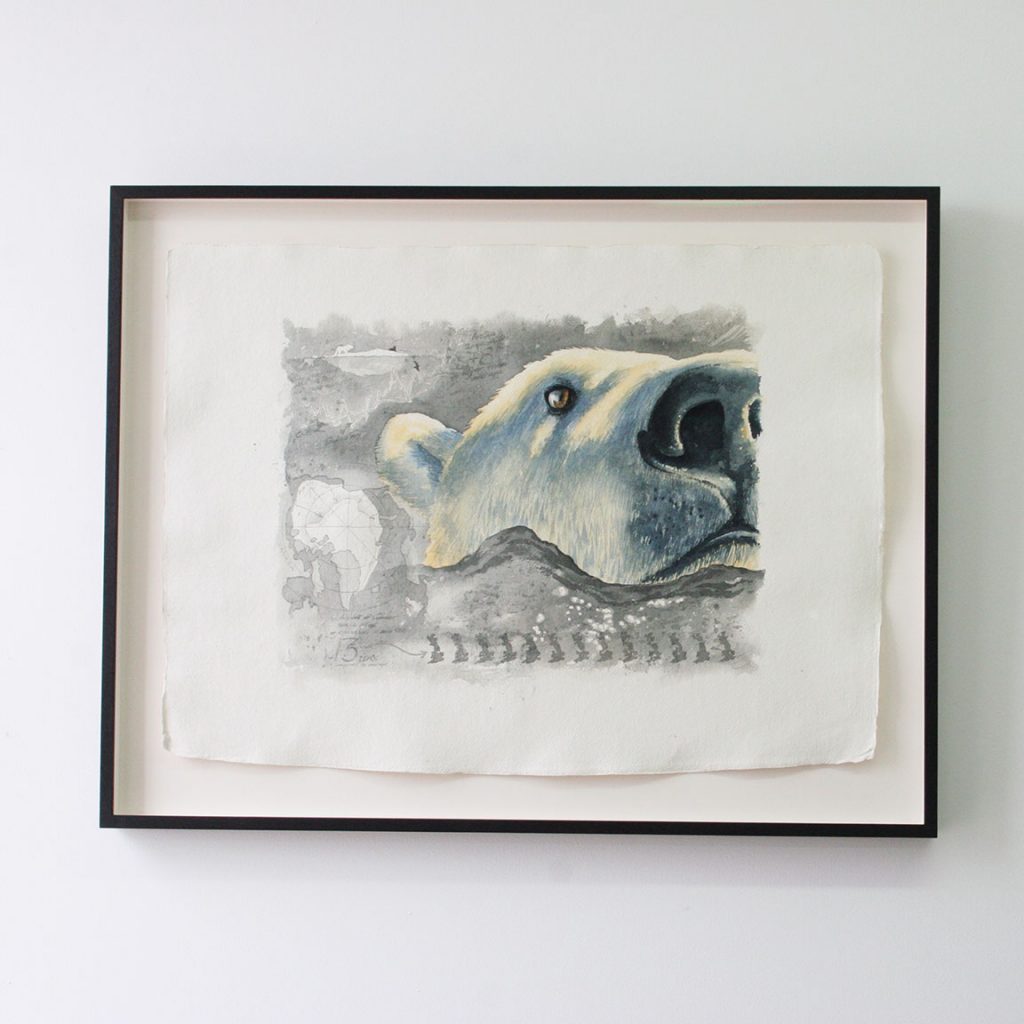 Gary Cook lives and works in Dorset. His work was awarded ‘Best in Show’ at the SGFA Draw 18 exhibition and has shown with the Royal Institute of Painters in Water colour (RI), The Arborealists and the RWA in Bristol. He is The Ecologist’s Arts Editor and an Associate member of the Society of Graphic Fine Arts.

He graduated from Bournemouth in 1987 and made a fellow of the university in 1999. Gary is an environmental painter creating watercolour and oil infocanvas montages: a fusion of traditional painting and hard-hitting graphics. His style is directly influenced by his background in the newspaper industry where he was an associate editor and the senior artist for The Sunday Times for 26 years, winning many international awards for his illustrations.

His recent works are focused on tree ecology. His 1058 series is about the decline of Ash trees due to Ash Dieback, and all the creatures that depend on Ash to survive. Recently he’s been drawing larger scale works of ancient oak trees. 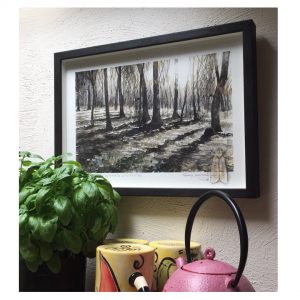 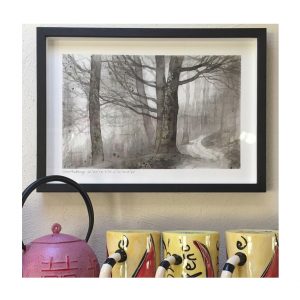 We’ve been framing Gary’s work for a few years now and have developed a cost-effective way of producing kit frames for Gary to assemble himself in his studio. Visit his website http://cookthepainter.com/