Introducing… Christopher Bucklow. To celebrate our fourth birthday we’re putting on an exhibition that brings together a selection of professional artists we’ve worked with since we entered the Frome art scene in 2015. One such artist is Christopher Bucklow. 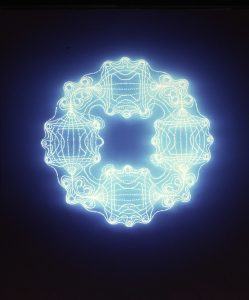 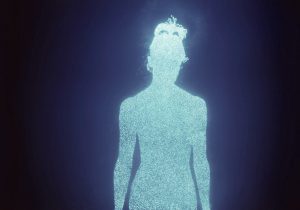 After graduating from an art history degree in Leicester Chris Bucklow became a curator at the Victoria and Albert museum in London, working in the prints and drawings department. He worked here for many years until choosing to pursue a full time career as a fine artist. He quickly became one of the leading figures of cameraless photography, developing a series of otherworldly photographs of people made through a process of piercing foil with many dots to form the outline of a person. This is overlaid onto photographic paper and exposed to sunlight, creating spectral images. Many of these pieces are in museums and private collections all over the world. You can see examples at Stony Street House in Frome.

He later moved on to painting and has recently had a retrospective of his works exhibited at Southampton City Art Gallery. We framed three paintings for the exhibition, and designed the three accompanying books.

Bucklow’s work often has Jungian ideas of self-discovery at its heart, and tends to use allegorical iconography to explore a rich range of topics. Like T.S. Eliot’s The Wasteland, Bucklow’s work is concerned with spirituality in the face of a society overloaded with meaningless imagery. 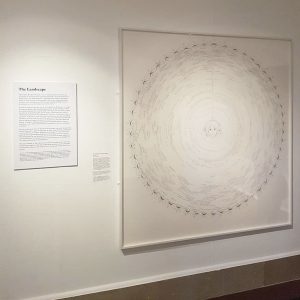 Further to his artwork Chris is also a writer and is currently working on an essay about Francis Bacon that will feature in a forthcoming book published by the Francis Bacon estate.

Chris lives in Frome and has a studio above the musuem. Visit his website: https://www.chrisbucklow.com/