Introducing… Alex Faulkner. To celebrate our fourth birthday we’re putting on an exhibition that brings together a selection of professional artists we’ve worked with since we entered the Frome art scene in 2015. One such is artist Alex Faulkner 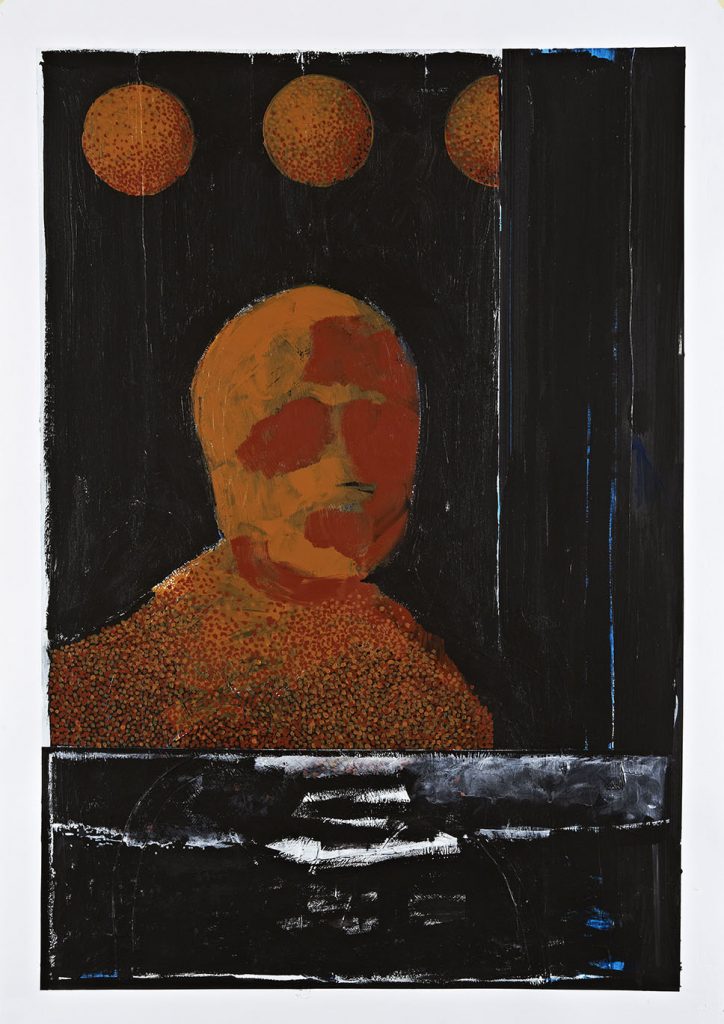 (this text was originally published on our Advent Artists feature in 2015, it is updated and adapted here)

Since 2004 Alex has resumed the art practice he first fostered when studying at Bath School of Art at Corsham as a young man. He has frequently exhibited with Chris Bucklow often under the guise of fictitious artists Dimitri & Wenlop.

Originally beginning as a means of further discussing ideas first raised during an interview of Bucklow by Faulkner for the Toshidama Gallery, it quickly became more of a commentary on the work each were producing at the time.  It takes the form of a discarded typewritten playscript; the central characters of the play being the eponymous Dimitri, a theatre director and Wenlop, producer and impresario.

The dialogue between Dimitri and Wenlop both describes and contextualises the paintings. As such, it was brought into book form as the catalogue for a joint exhibition of work by Bucklow and Faulkner, also titled Dimitri & Wenlop at Riflemaker, Bath, Walcot Street Mortuary Chapel in November 2015.

We framed most of Alex’s work for the Dimitri and Wenlop exhibition, and Simon framed several pieces for Alex’s 2016 solo show at Black Swan Arts, Frome. Alex will once again be showing alongside Chris in TO THE FORE. 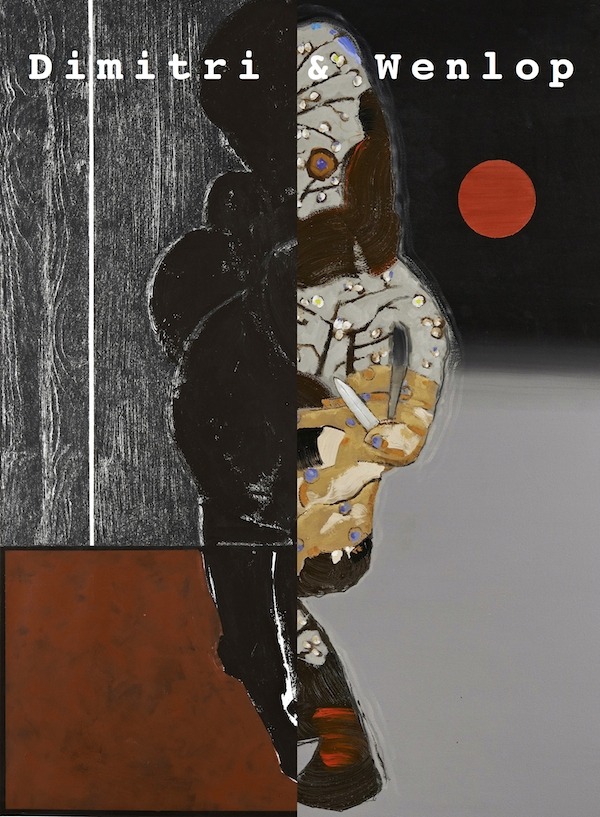 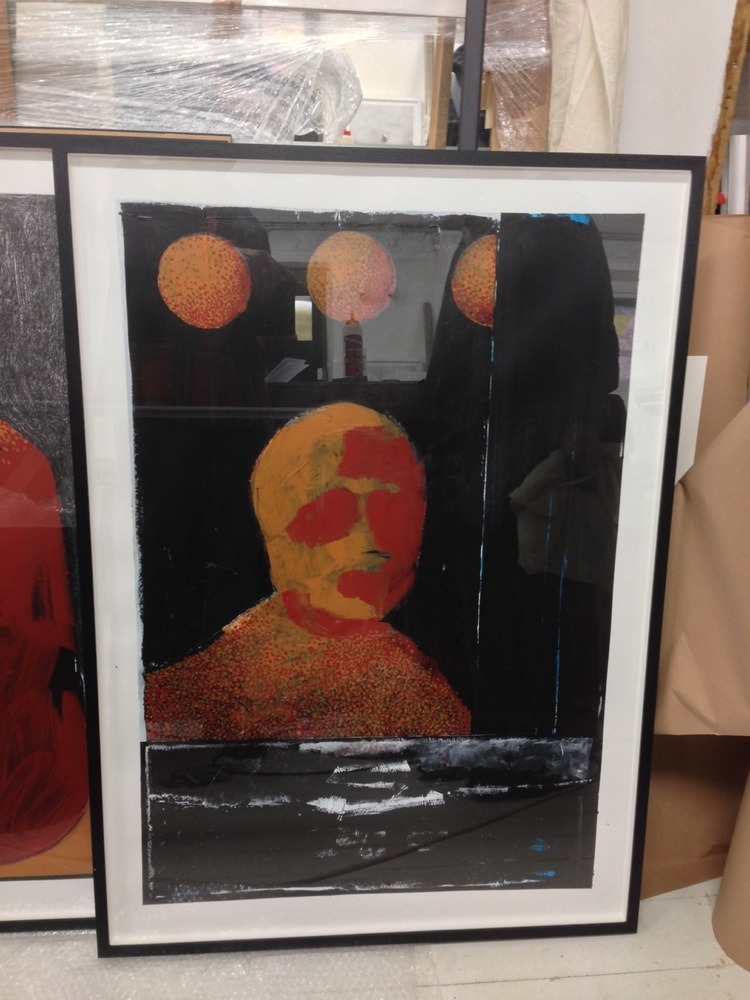 Alex lives and works in Somerset. You can visit his Toshidama Gallery website here:  https://www.toshidama-japanese-prints.com/ and his personal site is forthcoming at http://www.alexfaulkner.net/